The best time to visit Selous Game Reserve is from June to October which also ranks as the peak tourist season in Tanzania. When we talk about the Selous Tanzania Weather, we are basically going to analyze the seasonal weather patterns experienced in the Selous and how they affect this game reserve.

Being a classic dry park, the Selous has remarkable game viewing opportunities that gradually get even better in the later times of the dry season. The biggest crowds of animals are usually experienced in the best time of the year which is July to October; however, this does not mean that game viewing cannot be done during the rest of the year.

The large Selous game reserve experiences two main seasons: the dry season and the wet season as highlighted below 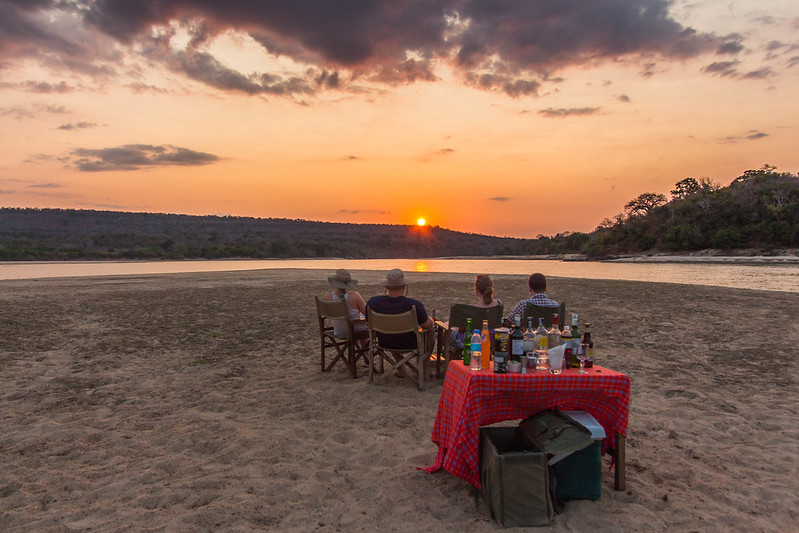 The Dry Season in Selous Reserve

From June to October, the Selous game reserve is experiencing the dry season with little or no rains. Wildlife is much easier to watch during the dry season, when the animals gather at water points and also at this time of the year, the vegetation is generally thinner. Wildlife viewing in Selous game reserve is therefore best during this time as is easier to view the animals since they gather around the waterholes and rivers.

The rains are very little and it is sunny most of the time. There are few mosquitoes during the dry season hence less chances of catching malaria. The humidity is low with less heat, however, because of the drought, there are lots of dusts and most places get quite crowded. A flight from Dar es Salaam takes about 45 minutes to the reserve landing at the several airstrips that are located at the different camps.

The tourist area around the Rufiji River gets rather crowded with holidaymakers who come to marvel at the large number of wild animals in this area.

The wet Season in Selous Reserve

From November to May and December, the Selous game reserve is experiencing the wet season that bringing about fascinating scenery that is green with large amounts of rains and this is the low tourist season in Tanzania. The humidity is high and the temperatures are generally high which generates allot of heat.

In the low season months of March, April and May when the reserve is wettest, the prices of safaris to the Selous might be lowered in order to attract tourist, since the tourist crowds are less. Bird watching in the Selous is at its peak as the migratory birds are present which implies that this is the best time to enjoy a Tanzania Birding Tour. The roads are hard to travel as they become very muddy in this season. It is not good to view wildlife as compared to the dry season.

Most of the lodges are closed during the low season in the months of March, April and May when the reserve is experiencing the heaviest precipitation so it may be tricky to obtain a place to stay

January and February is considered to be the shoulder season. The animals move away from the feeding grounds that are fertile, thus the time when you have to choose your camp very attentively especially if you are interested in game viewing. At this time of the year, birding is very remarkable.