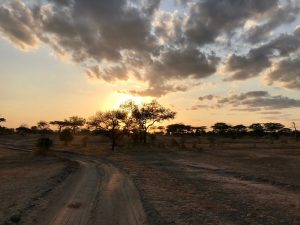 How To Get There, Selous Game Reserve

To visit Selous, you have a choice of 3 transport options, flight, road and rail. A complete guide and advise on how to choose any. 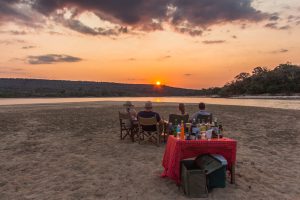 When To Visit Selous Game Reserve

The best time to visit Selous is June to October which also ranks as the highest season. 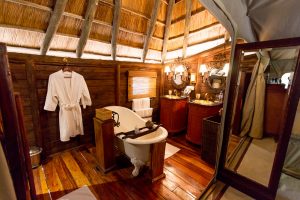 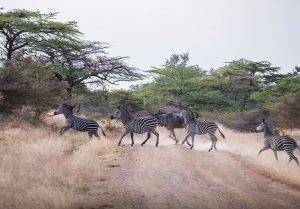 Standing as the largest game reserve in Africa, Selous is also the second largest conservation area in Africa sized at 50,000 square kilometers with a 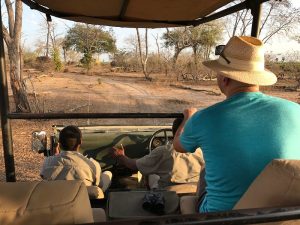 A guide to Tanzania safari tours, where to go, places to visit, safari companies and reviews.

This is a luxurious tented accommodation property along the river banks of the stunning River Ruaha inside the huge Selous Game Reserve, in the southern

The Selous Game Reserve is the largest protected game reserve on the African continent covering an area of 54,600 square kilometers comprised of a vast wilderness with forests, grassy plains, mountains and open woodlands. This reserve was named after Frederick Selous Courtney who was a great Hunter and explorer. Selous Safari Holidays are highly recommended as in size this reserve is twice the Serengeti National Park in Tanzania and three times Kruger National Park in South Africa. This reserve was established in 1922, and in 1982 it was declared a UNESCO world heritage site thanks to its rich diversity of wildlife and uninterrupted nature.
The Tanzanian national park authority (TANAPA) in 2019 proposed and declared a change of identity of the northern sector of this reserve such that it is known as The Nyerere National Park as a way of honoring President Julius Nyerere who was the first president of Tanzania. Today the boundaries of this Nyerere National Park are being properly established but according to sources it is believed that this park will encompass the photographic sector in the northern part of the reserve and stretch out all the way to the wilderness area of River Rufiji to the south.

Where is Selous Game Reserve Located?

The reserve is located in the southern part of Tanzania along the southern Tanzania safari circuit and offers the best escape from the large tourist crowds in the northern safari destinations like Serengeti while offering you a remarkable wildlife experience. It is considered to be among the hidden gems in the county and offers a wide range of Selous Game Reserve Camps for accommodation. The reserve is located about 219 kilometers from the busy city of Dar es salaam and may take about 4 hours drive.

Selous Game Reserve is crossed by River Rufiji (which is the largest river in the country) in the center and forms a network of swamps, channels and lakes to create a very unique ecological system. The reserve is separated into 2 major sections by the river which are the northern and southern Selous.
The Northern Selous: this region covers just about 5% of the total area of the reserve and hunting is completely prohibited in this area which has been exclusively set aside for photographic safaris. See, the best time to visit.
The southern Selous: the southern part of the river is separated into various hunting blocks each covering an area of approximately 1,000 square kilometers however we emphasize that we do not operate or even support wildlife hunting.

There are a number of wildlife  mammals found within this national reserve among which are: approximately 145,000 buffalos, 4,000 Lions, 100,000 wildebeests, large hands of giraffes, 35000 zebras, 40000 hippos, 250,000 impalas, large numbers of Lichtenstein’s hartebeests, waterbucks, elands and bushbucks, in addition to leopards, crocodiles and hyenas. Furthermore this is among the few wildlife sanctuaries on the African continent where you will find the puku antelopes the African wild dogs as well as the sable antelope. Previously the Selous was home to a very large number of elephants but because of excessive poaching these numbers have greatly reduced and all these can be seen during the game drives on the Selous Safari Holidays.

This game reserves is home to over 445 different birds species and these have been recorded to live in the various habitats within the reserve for instance along the lake areas are the giant kingfishers, the pink backed pelican as well as the African skimmer; along the sandbanks you will see the white-fronted bee-eater, fish eagle, carmine, ibises and palmnut vultures. The purple-crested turaco, yellow-billed stork, trumpeter hornbill, white-crowned spur-winged plovers, malachite kingfishers and various small waders are among the other water birds, as well various migrant species all visible

Things to do in Selous Game Reserve

during your Selous Safari Holiday there are a number of different activities you can engage in that will surely offer you a very memorable experience while in Africa as highlighted below.

A safari in the Selous will not be considered complete unless you engage on one of the guided walking tours conducted here. You will get an opportunity to enjoy an up-close encounter with Mother Nature as you appreciate the beauty and serenity of this remote but beautiful reserve.

With a bird list of more than 400 bird species holidaymakers interested in bird watching will surely not be disappointed while in the Selous. these guided tours will give you an opportunity to see different species including the giant kingfishers, pink backed pelican, African skimmer, white-fronted bee-eater, fish eagle, carmine, ibises, white-crowned spur-winged plovers, palmnut vultures, purple-crested turaco, yellow-billed stork, trumpeter hornbill and malachite kingfishers among others.

Boat safaris in the selous offer holidaymakers and an opportunity to explore the different water channels including lakes, River Rufiji and the smaller channels during which you will see various wildlife including hippos, bird and crocodiles.

Game drives are conducted early in the morning as well as in the late afternoon and these are normally conducted in open roof safari cars to offer tourists the most rewarding views of the animals. The park ranger guides are very knowledgeable about the best places the animals and they will lead you to those places.

For the more adventurous holidaymakers, you can set out on the selous fly-camping safaris which are organized by a number of camps. These adventures involve sleeping out in the African wilderness in basic tents under a mosquito net. These adventures are more suited for tourists who can do without so much comfort.

In Tanzania Hot Air Balloon Safaris are conducted only in the renowned Serengeti National Park found on the northern safari circuit as well as in the vast Selous Reserve in the southern part of the country offering visitors an aerial view of the plains below as you marvel at the different wild animals in the reserve.

How much is a Selous Game Reserve Safari?

A safari to Selous costs between $500 and $1500 per day/night per person. Generally speaking the cost of a Selous Safari will greatly be determined by the type of accommodation you will be staying at, as well as the number of days you plan to spend on you Safari. On an overall basis, the accommodation prices within the Selous begin at $400 for each person each night in budget facilities and may go as high as $1,500 for each person per night in the luxury facilities. Additional factors that may affect the cost of your Safari include the different activities that you will be engaging in for instance a hot air balloon safari in the Selous which costs about $500.

What is the park entrance fee to the Selous Game Reserve?

The park entrance fees to the Selous where revised for both adults and children and currently adults pay $50 per day from $30 per day while children pay $30 over day for children. On the other hand, an extra $25 per day has been introduced in addition to the present concession fee.

How to get to Selous Game Reserve

By road transport: Can also be accessed by road with a trip connecting from Dar es salaam which made follow the normal safari route through Mikumi National Park and then you can reach the park through Matambwe Gate. This journey which could take about 4 hours covering a distance of 220 km is another option.

By railway transport: on a railway system using the Tanzania Zambia railway AZARA begins from the Dar Es Salaam and takes you across the wilderness all the way to Matambwe

Where to stay in Selous Game Reserve?

There are a number of types of accommodations offered with the Selous varying from the budget, mid-range and then the luxury facilities. Below we have highlighted some of the best Accommodations you can stay at.
Siwandu Camp
Formerly known as the Selous Safari Camp, this was the very first safari camp in the Selous to offer luxury accommodations in this part of the reserve. It offers a accommodation in 13 rooms and its great location offers its guest an opportunity to enjoy the beautiful scenery and landscape to the fullest. This beautiful facility offers value for money and will surely satisfy every desires of a traveler will to spend some extra dollars on their accommodation.
Lake Manze Camp
Comprised of 12 well furnished beautiful tenets, the mid-range Lake Manze Camp is situated within the prim areas for wildlife viewing the Selous Game reserves along the shores of Lake Manze after which it was named. It will offer you comfort and exclusive service
Beho Beho
Located within the cooler Selous highland in the northern part of the Game reserve, this facility was the very first luxury facility to be established in this part of the Selous. It offers accommodation in 8 permanent bandas constructed using stone and each cottage has a thatched roof to offer its guest a true African ambience.
Sand River Selous
The Luxury Sand River Camp is located on the banks of River Rufiji the lifeline of Selous Reserve. Guests here will enjoy an idyllic ambience from where they can base to explore this vast wilderness. All its rooms are built with stone and have a thatched roof. It offers a variety of accommodation options including 5 standard cottages, 2 suites and a honeymoon cottage (the Rhino House)
Sable Mountain Lodge
This budget lodge is found just outside Matambwe Gate in the northern region of the Selous Game Reserve, it is a good base for safaris continuing to Mikumi as well as Morogoro as well as those arriving in the park by train. This intimate camp offers good hospitality and it offers 8 stone cottages, 3 tented bandas that are raised ib high wooden platforms offering sweeping views of the neighboring area.